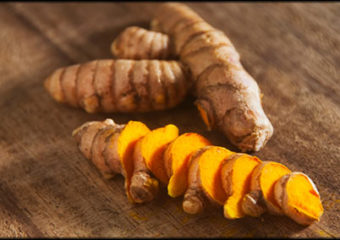 You must have heard a lot of great things about Turmeric already. There are a few ways to get the benefits of turmeric from Capsules, Latte blends and Fermented turmeric. It is also becoming more and more popular nowadays in Australia and around the world. Now you might be one of those who does not know why Turmeric has become so popular all of a sudden. Therefore we would like to enlighten you about the health benefits of Turmeric. There is a presence of organic compound in turmeric named as Curcumin derived from its compound name of “Curcuminoid”. This ingredient is single-handedly responsible for giving most of the health benefits that are found in Turmeric.

Now, it is also understood that Turmeric which has a high amount of Curcumin is the best for consumption. It is said that Turmeric extract has a Curcumin level of 95% whereas Turmeric powder may have Curcumin level of just over 3%. Therefore you can guess that taking Turmeric extracts in form of supplements or capsules is better. But there are always those who prefer to take Turmeric powder with milk or in their food instead of taking capsules which is proven to be beneficial as well.

There is also one other type of Turmeric product which is as beneficial in the same way as Turmeric powder or Turmeric Capsule. This type of Turmeric is known as Fermented Turmeric and is easily available in Australia. To tell you more about Fermented Turmeric you need to understand some facts about your body. You might have found many people who are suffering from the problem of indigestion, poor gut health or inflammation. This is basically because we might have consumed something that did not suit our body.

But the main reason for this problem in our body is deeper than you would have thought. The real reason is that our body does not have enough of good bacteria to fight the bad ones. To tell you more about bacteria, each and every person’s body contains two types of bacteria. The one which is useful for the body known as good bacteria and the other which is harmful to the body known as bad bacteria.

Now the good bacteria in our body is also named as probiotics which you must have heard about. This probiotics are available in the market as well which people consume on a daily basis for better health of their gut. Thus you will be delighted to know that Health2All also manufactures Fermented Turmeric Elixir Zap which is an excellent probiotic for your health. Our Fermented Turmeric Elixir Zap 100% natural and manufactured in Queensland.

Now we would also like to inform that same as Curcumin levels, probiotic levels in Fermented Turmeric is also equally important. So, Health2All’s Fermented Turmeric contains 4500mg’s of turmeric per 10 ml of Elixir Zap which is a good amount of Turmeric to consume daily.