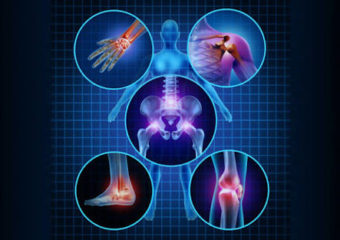 There has been a lot of turmeric research done world wide. Turmeric is nowadays seen in so many food item found in restaurants, shops and even at home. You must have come across various menus in hotels having “Golden Latte” and other Turmeric items. Now Golden Latte is named Golden due to the fact that Turmeric is mixed inside of the latte along with other ingredients. Apart from the yellow colour Turmeric is also added to give health benefits as well. Also Turmeric is added to warm milk as well and consumed every day which is proven to give benefits as well. However we would like to tell you about the benefits of Turmeric by showing you the research that has been done on Turmeric as well.

According to turmeric research conducted on Turmeric it is found to be a health booster as well. It was concluded from the research that if you take one teaspoon of turmeric in powder or supplement form regularly then you are bound to get the benefits.

On the other hand, there are some health benefits of using Turmeric according to tests conducted by experts. One such test has found results which suggest that Turmeric is a herb which reduces blood pressure levels so it is recommended for patients who have high blood pressure levels to reduce it. Turmeric can also reduce blood sugar levels in the body as well so if you are a patient having diabetes then you should look at using Turmeric daily either directly or by adding it to your meal.

There was a study (turmeric research) conducted in 2006 on the people of Singapore and their usage of Turmeric. It was found out that Singaporeans who ate more curry had less cognitive decline. From this study one key ingredient of Turmeric which was found out named as Curcumin. This ingredient is present inside Turmeric from a compound called “Curcuminoid”. This compound is produced organically by plants. Now, Curcumin is already known to be the key ingredient which is helpful in giving all the benefits of Turmeric.

Some other turmeric research was also conducted on a group of people who were consuming Turmeric and also had cholesterol. After the research it was found out that Turmeric consumption by them reduced their cholesterol levels to a great extent over a period of 4-weeks of regular consumption. This should be enough to ascertain you that Turmeric is a very good herb for reducing cholesterol too.

Also there had been a long standing debate about whether Turmeric is a brain booster or not. Therefore to end the debate scientists conducted turmeric research to know whether or not Turmeric is a brain booster. The researchers conducting the test took 80 people in the age group between 60 and 70 years of age. Then they were given Curcumin supplements over a period of time till the tests were completed.

Once the research got concluded it was found out that Turmeric or Curcumin supplements given to them really helped their brains getting boosted. After the 4-week test period these people taking Curcumin supplements had a significantly better working memory and also had an improvement in their mood from their earlier state.

Therefore there are evidences and tests which suggest that Turmeric is certainly beneficial for health. However researchers have also warned about taking Turmeric in proper proportions as well. This basically means that you should not undertake Turmeric or overtake Turmeric too. If you are having a teaspoon of Turmeric with a glass of warm milk then it is enough but you should not have it more than twice a day. On the hindsight, a certain amount of Turmeric needs to be taken by you as well so that the minimum Curcumin levels in your body are maintained.

Health2all have a great range of 100% natural turmeric products all of which have been manufactures in Australia.