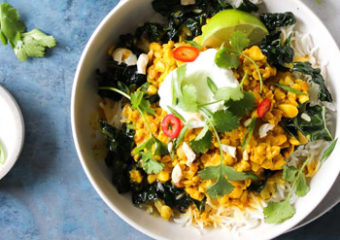 You are clearly aware that turmeric’s pharmacological efficiency  is extremely affected  by its absorption or bioavailability.  This spice has over 1000 compounds which have remedial properties ranging from anti-inflammatory to anti-cancer etc. It is a popular home treatment for a number of minor health problems and has been used as healing and herbal medicine for thousands of years. What a lot of people don’t no is oil is needed with turmeric to be absorbed.  Curcumin is the prime bioactive compound of turmeric and accounts for 2-5% of its powder’s composition. So you have to take  a large amount of turmeric powder to get an effective dose of curcumin unless the powder has been blend correctly. But taking 95% pure curcumin Powder can do a miracle? Not really, right. There are two reasons for that; one is that turmeric is something other then curcumin and the second is its bioavailability.

How To Take Turmeric For Better Absorption

Traditionally, turmeric is used as a spice in your food and beverage recipes. As a remedy, turmeric is also used as a supplement, also known as a curcumin supplement. Turmeric is  fat-soluble, meaning it won’t be absorbed as well without the presence of fat or oil and this is why oil is needed with turmeric. A compound in black pepper, piperine, may also increase the absorption of turmeric. So, traditional preparations of turmeric in food recipes combined with fats and black pepper are a great idea, but you can also take your supplements with a meal or take it alongside an oil-based supplement like an omega-3 essential fatty acid supplement. Health2all’s organic powder blend and 95% curcumin extract capsules both contain MCT coconut oil to maximise absorption.

The curcumin in turmeric has earned a reputation for poor bioavailability in its standard form, which is attributed to poor absorption, biodistribution and metabolism.4 But, thanks to a few everyday ingredients and some technological advancements, absorption can be improved.

So what do you do next? You then think of taking 95% pure curcumin powder. But does that do the trick? Not really, right? Well, there are two reasons for it: one that Turmeric is more important than just curcumin and the second is bioavailability.

According to the report published by NCBI, curcumin has been used conventionally in India and Asia for thousands of years for various ailments like inflammation, digestive problems, cough, rheumatic ailments and a variety of other chronic diseases. The main problem is its poor availability and absorption in the bloodstream. The potency and bioavailabilty of curcumin is increased by mixing it with fat or oils which tends get absorbed in bloodstream by 7–10 fold and has been shown is effect on various cancers by reducing the growth of cancer cells.

What Is Absorption / Bioavailability Of Turmeric?

Many research studies done on turmeric has shown positive results and recommended to take turmeric at high dosage. Due to this potential benefit, turmeric is considered to be a magical herb for the treatment of various health issues. But turmeric has been not publicly declared as a therapeutic  agent and the main reason behind this is its low solubility and bioavailability.

Bioavailability is a process by which a nutrient gets separated from the food, gets absorbed by the gut, enters the bloodstream and reaches the target cells. Studies show that turmeric has poor solubility, low absorption from the gut, low serum levels, its low half life, rapid metabolism and rapid systematic elimination from the body which leads to its relatively low bioavailability.

Why Oil Is Needed With Turmeric For Bioavailability

One method which you will easily use is to take turmeric with black pepper or fats/oils which is the best ways to absorb turmeric in your body. There are other methods like Querectin which will increase its absorption power.

When combined with oil usually coconut oil, we will overcome the issue or absorption/ bioavailability and finally provides maximum value. A human clinical trial showed that curcumin mixed with oil (Turmeric4You)  is 20 times more effective and its bioavailable is improved as compared to a fully standardised curcumin extract. Studies have also shown that it has long lasting effect, remaining in blood stream for more than 1 day and tends to stimulates healthy metabolism, produce normal cellular and tissue recovery, helps to maintain a normal, healthy neural and hormone function.

We know that fat is entirely bad for you, but it can be very good when used with turmeric. It can be used with black pepper which contain a compound piperine which increases the absoption power by 2000 times. As  Turmeric is a fat soluble compound meaning that it can’t be absorbed in your bloodstream easily without adding a small amount of fat. You can also use an avocado because it has Omega-3 fats, which will work in the same way and its bioavailability can also be increased. Curcumin can be mixed with coconut oil or almond milk. Boiling turmeric in water for 10 minutes enhanced its bioavailability up to 20 fold. The reason behind how heating improve solubility is still unknown but mixing turmeric with warm milk  is considered amazing.

As discussed above, the problem of low bio-availability of curcumin can thus  be overcome by  purchasing from reputable suppliers like Health2all and their great range of products. You are familiar that turmeric is very essential in our daily life and it has establish its part in the medical field too, it needs to be modified for appropriate use. Researchers and food formulators are trying to find out the possible solutions that how to increases the bioavailability of curcumin and have  introduce a variety of approaches to increase absorption and bioavailability.

Black Pepper Or Oil: Which Is Better for Turmeric’s Absorption?