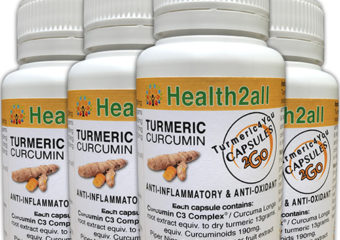 Turmeric is one of the key herbs which are used nowadays by people all around the world. The roots of usage of Turmeric go all the way back to the medieval age where ancient people in India and China used it for various benefits. Also, there are various health benefits of using turmeric as well. Now, you might be thinking that Turmeric is available only in dry or powdered form. No, that’s not entirely true as Turmeric is available in form of Capsules or Supplements as well. People ask all the time to turmeric capsules work? Read this arctic and make an educated decision yourself.

As far as Turmeric is concerned, people use its powder in their food preparation for added taste, colour and benefits. Also, it is mixed with warm milk and consumed to gain energy for the entire day. Turmeric can also be applied directly on the wounds so that the healing process can be sped up significantly. But, we would like to inform you that taking Turmeric Capsules 2Go rather than Turmeric powder is not bad for you either.

Talking about Turmeric extracts, we might give you some details about the ingredients present in Turmeric powder. So, you would be surprised to know that Turmeric powder contains only about 3% – 7% of Curcumin or “Curcuminoid” which is the most vital compound for the benefits of Turmeric. Now, if you take the Turmeric powder than you only get 3% of Curcumin whereas the rest of 97% are other compounds.

This shows that it is much more beneficial to take Turmeric Capsules rather than Turmeric powder due to the vast difference in Curcumin levels. Apart from that, Turmeric powder is harder to consume directly as it is bitter in taste whereas the Capsule can be taken at any time with ease.

Moreover, Studies have shown that Turmeric Capsules or extracts can make a huge difference rather than Turmeric powder when mixed properly. The Health2All Turmeric Capsules 2Go contain black pepper and MCT Coconut oil which has been bended properly along with Curcumin. This means that you get the benefits of Coconut Oil and Black Pepper to increase the absorption by unto 2000%.

As mentioned earlier, it is important to have high levels of curcumin for maximum benefits of Turmeric. Therefore, you will be glad to know that Health2All Turmeric Capsules 2Go contain 95% of Curcumin extract which is a Curcumin C3 Complex. This means that you get much more benefits from Turmeric Capsule consumption rather than taking a plain Turmeric powder.