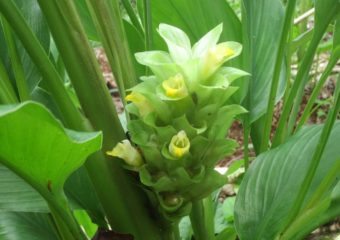 Turmeric has always been one of the herbs which comes to mind whenever we want to cure some illness or wound. Turmeric is also used when we want to add colour as well as flavour to our food. Moreover people are nowadays adding Turmeric to their tea, latte or even mix it with warm milk every single day. Now we also know that Turmeric is a herb which consists of a compound called Curcumin. It was derived from a chemical called Curcuminoid which is naturally produced inside plants. But where does the best Turmeric come from in the world?

Thus you should always check the quality of Turmeric that you are taking in order to get the maximum benefits of the herb. There have been many reports recently where the quality of Turmeric was not up to the mark and people have caught up side effects due to this reason. Therefore the things you should check are the manufacturing date and see if it has not expired. Also you should check the Curcumin levels and also the fact that Turmeric should be mixed with pepper and oil to extract the maximum benefits out of it.

If you are unaware about the weather conditions around the world, we should inform you that South of India receives the heaviest rainfall in India. Also, there is a place in South India where rainfall takes place more than 90% in a year. Coming back to Kerala it is the south most state of India and it is the state which receives maximum rainfall in India. Therefore the conditions are suitable for Turmeric plantation.

Similarly we are glad to mention that the Turmeric which is found in Kerala and known to be the best in the world has the maximum amount of Curcumin found in any type of Turmeric. Also you would now know the reason why it is believed to be the best turmeric in the world. In India and specifically in Kerala the turmeric which is produced is also called as “Indian Saffron” because of the colour as well as its benefits. Turmeric is also used in most of the Ayurveda medicines.