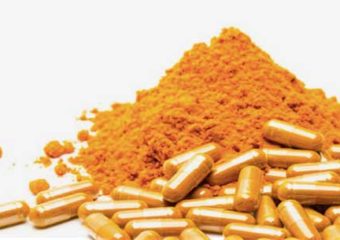 We have talked a lot about Turmeric and its advantages in the recent past. A lot of people are wondering what are better turmeric capsules or turmeric tablets? It should now be understood by you that Turmeric is a great herb. Also it is scientifically proven that Turmeric gives health benefits. Apart from that, we have also mentioned that there is presence of Curcumin in Turmeric which is vital for the herb. Curcumin is obtained from a natural chemical named Curcuminoid which is produced naturally by plants. On the other hand the Turmeric which has less amount of Curcumin is not as beneficial to the body as the key ingredient of Turmeric is missing.

First of all, we already mentioned that Turmeric Capsules contain Turmeric extract which is very rich and contains extremely high level of Curcumin. To add to this, we should inform you that Vegetarian Turmeric Capsules are 100% Natural and contain all the ingredients obtained from the nature only. This means that you should always look at the green symbol before buying Turmeric to get totally natural turmeric products.

On the other hand, if you are taking tablets than note that Tablets are not natural. This is because tablets have many binding agents which increase the performance of those tablets. But the downside is that they aren’t all made out of natural available substances.

Also you would have noted that tablets are very hard. So much so that it is sometimes difficult for a perfectly fit human to break the tablet with two hands. Now imagine how these tablets would be able to break inside our body. The answer is that it is very difficult for tablets to get broken inside the body. The only way to have these tablets broken is by dissolving them which takes a lot of time.

By this way you can also guess that it is very hard for the tablets to absorb in our body. Yes, you heard that right. Turmeric tablets are very hard to absorb and sometimes patients are advised not to take tablets directly but instead take it in liquid form. This problem does not happen because Turmeric Capsules are easy to absorb, easy to break down and easy to digest too.

Moreover, we mentioned the fact that Turmeric Capsules are 100% natural in vegetarian form but the same is not true about Turmeric tablets. It is often found out that tablets contain chemicals inside of it for better and faster relief and to help them break down. Now you will get the relief with the help of these tablets much faster and also you will think that the tablets have done the job. But you have to look at the bigger picture with these tablets. You would know that it is not at all healthy to take chemicals for a long time. They will damage the body sooner rather than later. But Turmeric Capsules have no-added chemicals and preservatives as they are 100% natural. So our recommendation it you should always take Turmeric Capsules rather than tablets. Also we hope that you would have gotten your answer about whether Turmeric Capsules are better than Turmeric tablets. The simple answer is Yes and the explanation to that is already mentioned above.