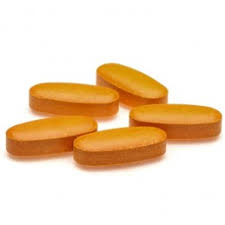 By the time you are reading this article, you must have heard a lot of things about Turmeric. More so it is to be said that Turmeric has extremely good health benefits. Apart from that there is not much to dislike about Turmeric and its consumption. Also you must have researched about whether you should take Turmeric or not. The simple answer we can give to that question is Yes, you should take Turmeric daily or regularly if not possible daily. So below in some information on why you shouldn’t buy cheap turmeric supplements in Australia.

Adding to the scientifically proven aspect of Turmeric Capsules being better than Turmeric powder, we would like to back it up with some data. It has been tested by various organisations that 100grams of Turmeric powder has 3grams of Curcumin. Now, you must be thinking what Curcumin is? Curcumin is the most important compound found in Turmeric which gives most benefits of Turmeric and if it is removed from Turmeric then it is of no use.

Now there is always the fear of being mislead and not using Turmeric extracts which are organic and naturally produced. Therefore we are here to tell you why you shouldn’t buy cheap turmeric. First of all there are various factors that go into making of Turmeric. One of those factors is the blending process of Turmeric which needs to be done in a proper way so that the maximum benefits out of Turmeric can be had after its consumption.

Apart from that Cheap Turmeric supplements in Australia are not 100% Natural and there are always some sort of artificial ingredients added to it which are available for cheap but not beneficial to health and degrade the quality of Turmeric. Also, Cheap Turmeric is often found full of fillers. Talking about fillers, they are the things found in Turmeric Capsules or Powder apart from Turmeric itself. Now to get the maximum benefits out of Turmeric consumption you obviously want to have most of it filled with Turmeric but if the fillers are more in the substance rather than Turmeric than its effect decreases. On the other hand, you will find that Heath2All’s Turmeric powder or Turmeric Capsules have the highest level of Curcumin as well as they offer the highest grade/quality of Turmeric all over Australia. Thus we hope that you understood why you should not buy Cheap Turmeric Supplements in Australia or powder and also the fact that you should always check for Curcumin levels inside Turmeric before buying. We recommend staying clear on compressed turmeric tablets like the ones in the feature image due to the fillers used in turmeric tablets.